The Rome, Italy, chapter of the Daughters Of The American Revolution has initiated a project to install a commemorative plaque on the building in the Piazza Barberini where Sarah Parker Remond lived in the 1880s. This article (click link below), by DAR historian Courtney Peter, discusses the Remond family connection to the American Revolution and the decision to honor Sarah Parker Remond’s Roman years.

Three 19th-century photographs of different angles of the Piazza Barberini and Bernini’s Triton fountain, along with the well-known Franz Roesler painting from his series of Roman scenes. 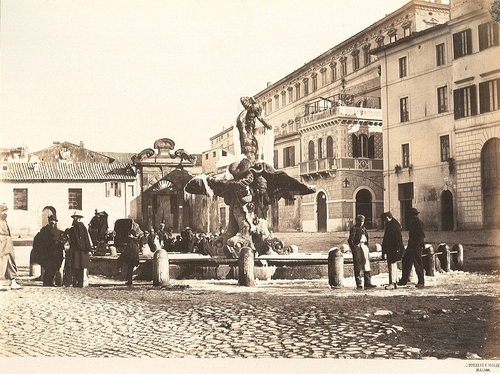 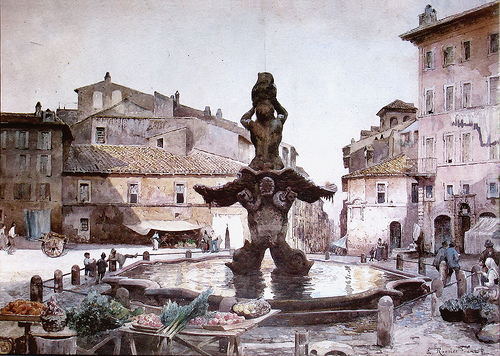